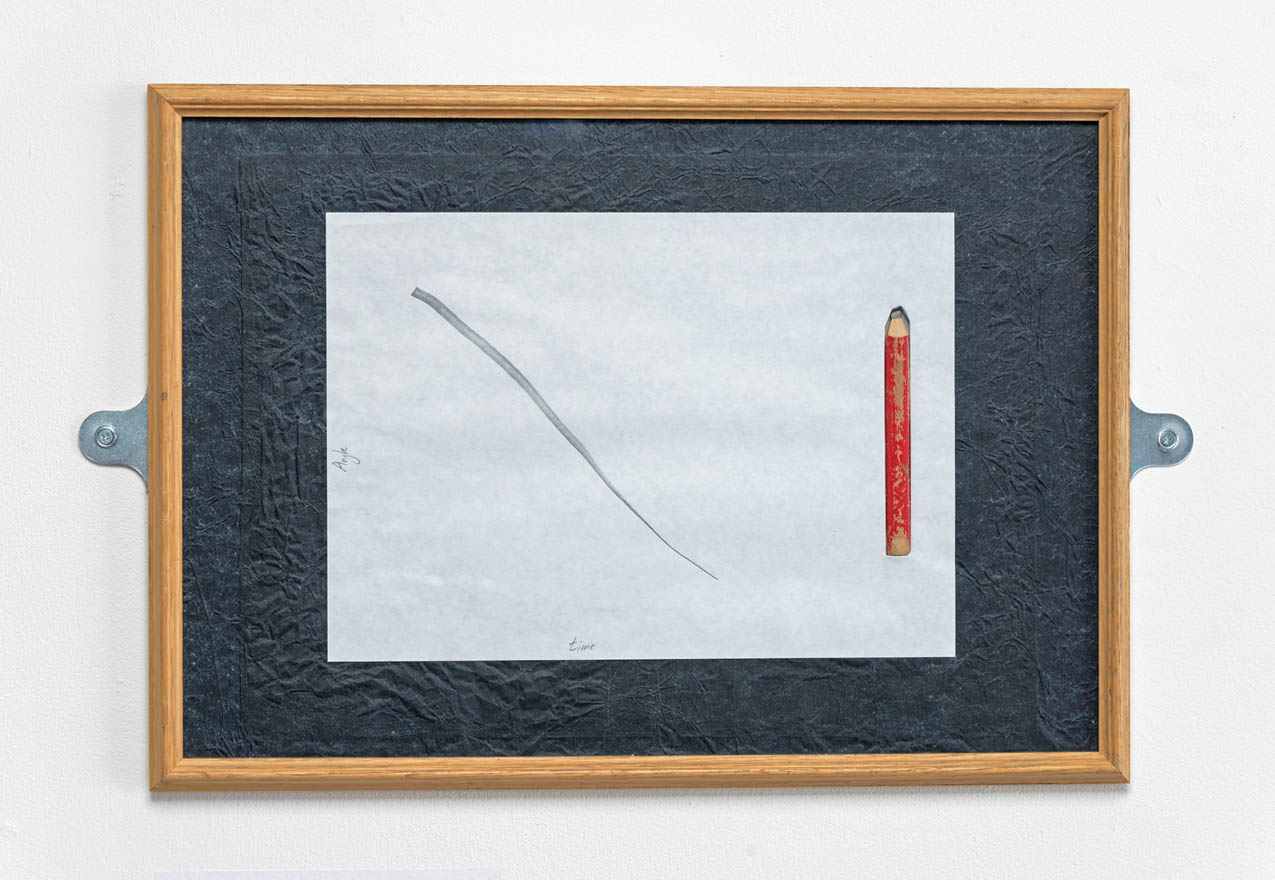 A line drawn with the carpenters pencil in the picture. The left axis says ‘Angle’, the bottom axis says ‘Time’.

I always struggle to decide how much explanation to give to a work, as I often find that the longer and more detailed the explanation the greater the dilution of the work. For this work I have not given an explanation.

I have now after some thought, decided to give some partial explanation, which may upon reading destroy much of the works interest  … so I recommend pondering the image before reading further about it. For me the interest of this work is that whilst the pencil is making its mark on the paper, that mark is also simultaneously describing the way that the mark is being made due to the orientation / rotation of the wide pencil ‘chisel point’ – as represented by the axis of the graph of angle & time. For me there is a deep self referential and meditative Zen aspect to it that I cannot explain with words. ©