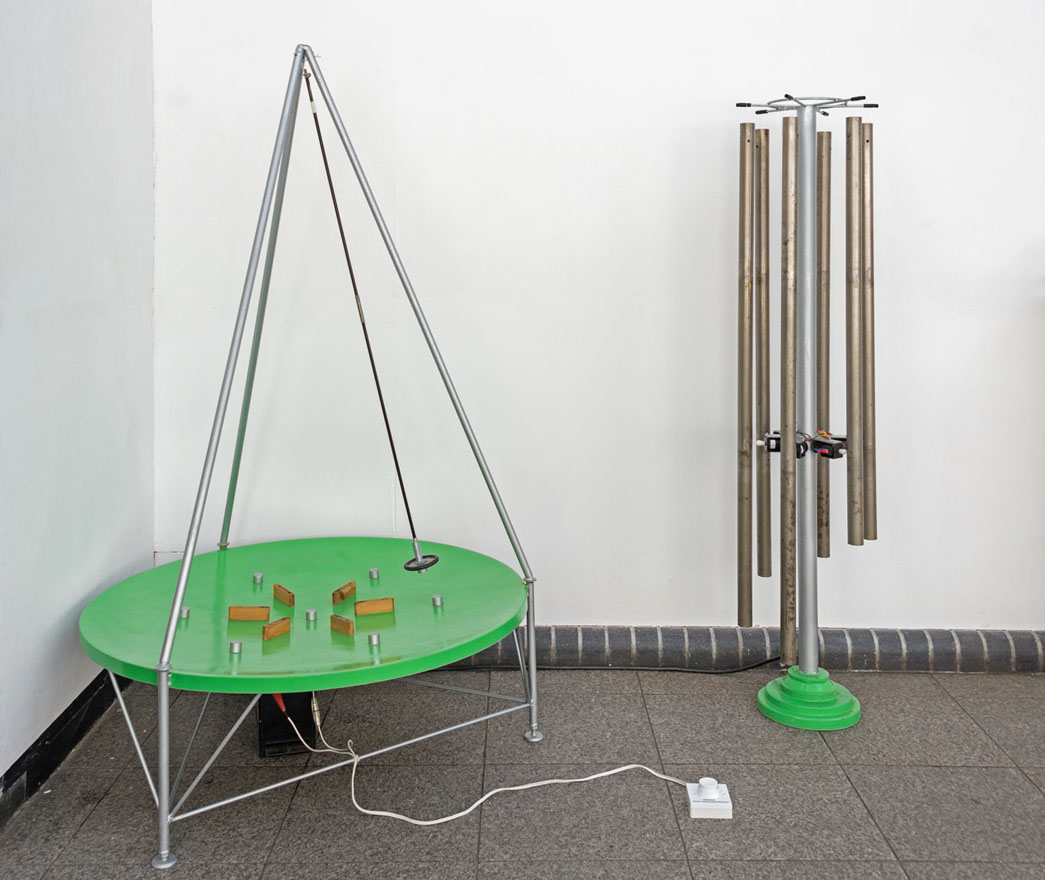 Logical Chaos 2 plays a unique and chaotic tune each time it is activated. As the central pendulum magnet swings, its inertial movement is constantly redirected by the action of the static magnets. Between the magnets are reed switches that are sensitive to the magnetic field of the pendulum and as the pendulum passes over the reed switches, they in turn activate solenoids that ring each of the hanging tuned tubular bells. The original and much smaller ‘Logical Chaos’ was made in 1992 as a study to see if a machine could be made to exhibit randomness, but it was realised soon after making it that this machine was not in fact random, it was a beautiful example of the mathematical principles of chaos theory in action, whereby a chaotic system can be predicted with a high degree of accuracy in the short term, but not at all in the long term. It was around this time of the early 1990’s that chaos theory, the ‘butterfly effect’ and the Mandelbrot set were popularised. ©