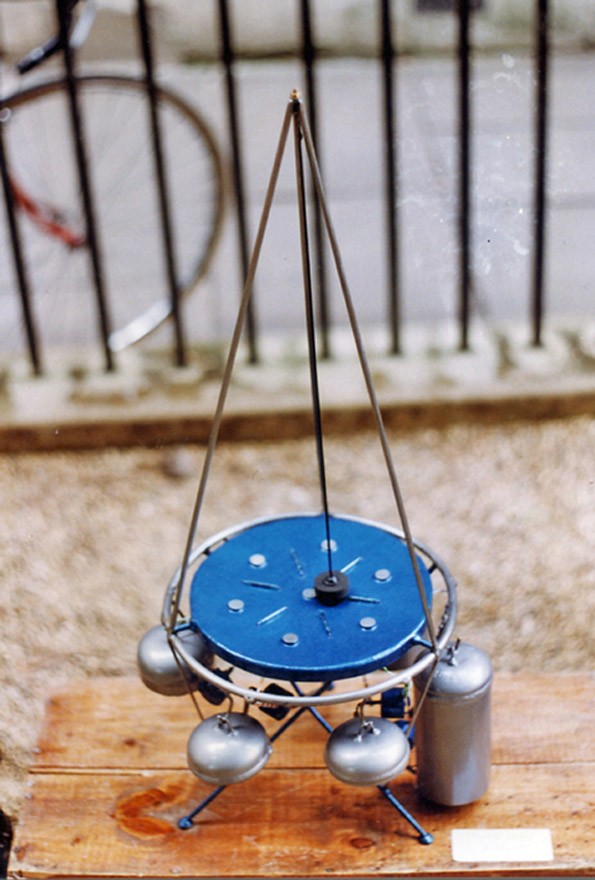 The original Logical Chaos bell machine. Made as a study into the possibility of a machine being random. As the central magnet swings, it’s movement is constantly redirected by the action of the static magnets. Between the magnets are switches (reed switches) that are sensitive to the magnetic field of the pendulum and as the pendulum passes over them they switch on and off motors that ring each of the hanging tuned bells. It was realised soon after building that this machine was not in fact random – it was a beautiful example of chaos theory. It was around this time that chaos theory, the ‘butterfly effect’ and the Mandelbrot set were popularised.