In the winter of 2010 / 2011   I along with a merry band of other performers had an ambitious plan to travel from Mexico to Panama in an old American 1970’s school bus, and to visit and perform in local communities as we travelled, in exchange for food or what little busking funds we could muster. It fairly quickly materialised that the American man ‘in charge’ of the tour was in fact a closet psychopath and despite having said he had spent 25 years planning the trip, would probably have done better using ‘Peter and Janes Ladybird book of Scottish countryside walks’ as his reference material. 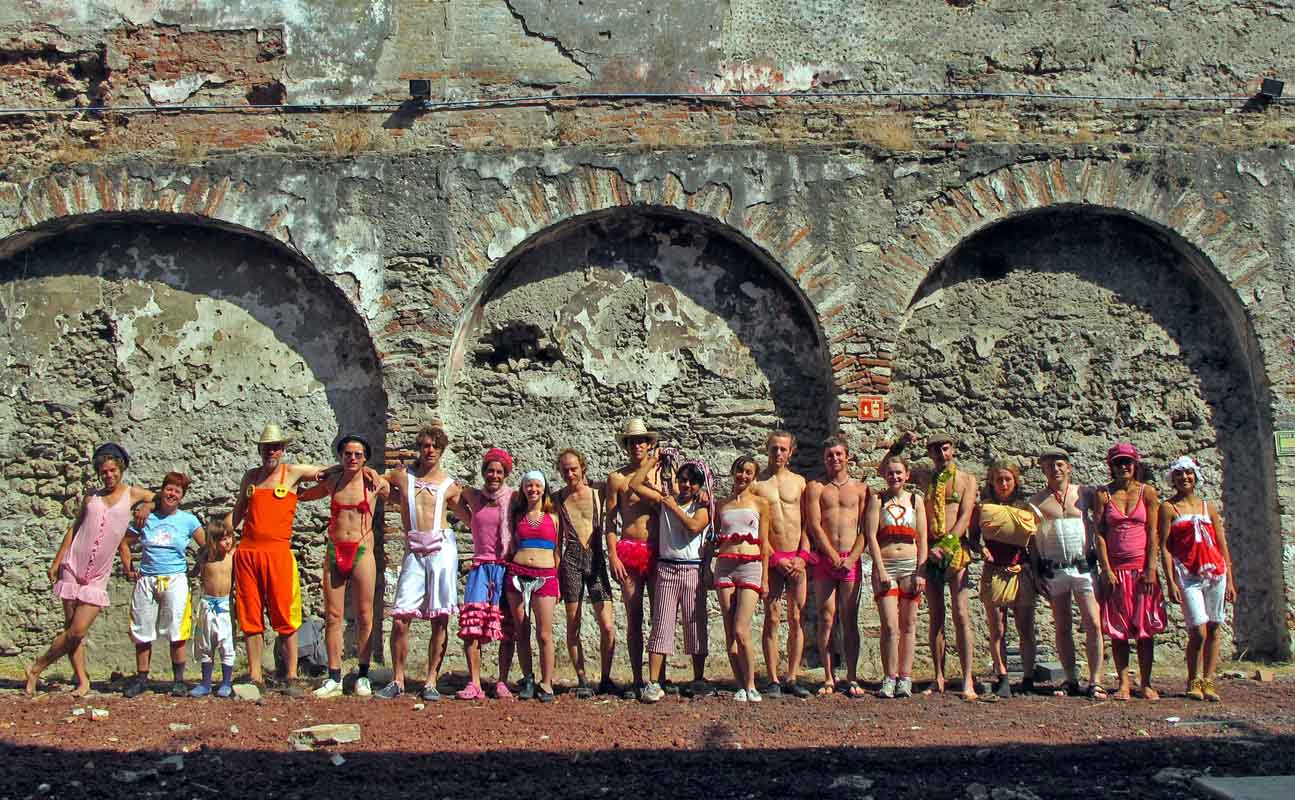 Of the two film crews with us Ralf Schauwacker made a film that went on release in Germany in around 2013, which as good as it was, intentionally didn’t go any way towards documenting the madness of the trip; and James Sibelle’s film unfortunately was never given birth to, but James did give me a few short clips of his footage to use.

The title of the series of films ‘Fuck the Cups’ comes from the American ‘man in charges’ (Brady Bradshaw’s) fixation with dirty cups left around the bus, and our endless morning meetings to discuss these cups and the nature of how they came to be. Everyone ended up hating cups, and in order to extricate myself from the cup situation I found an old prison style battered tin cup that I wrote ‘do not use – contains dysentery’ on it so that no one else would use it and I could be entirely and solely responsible for its well being, and thus exclude myself from the endless cup bullshit. I then in fact got very ill for the next 10 years with a digestive disorder … oh well ! ©