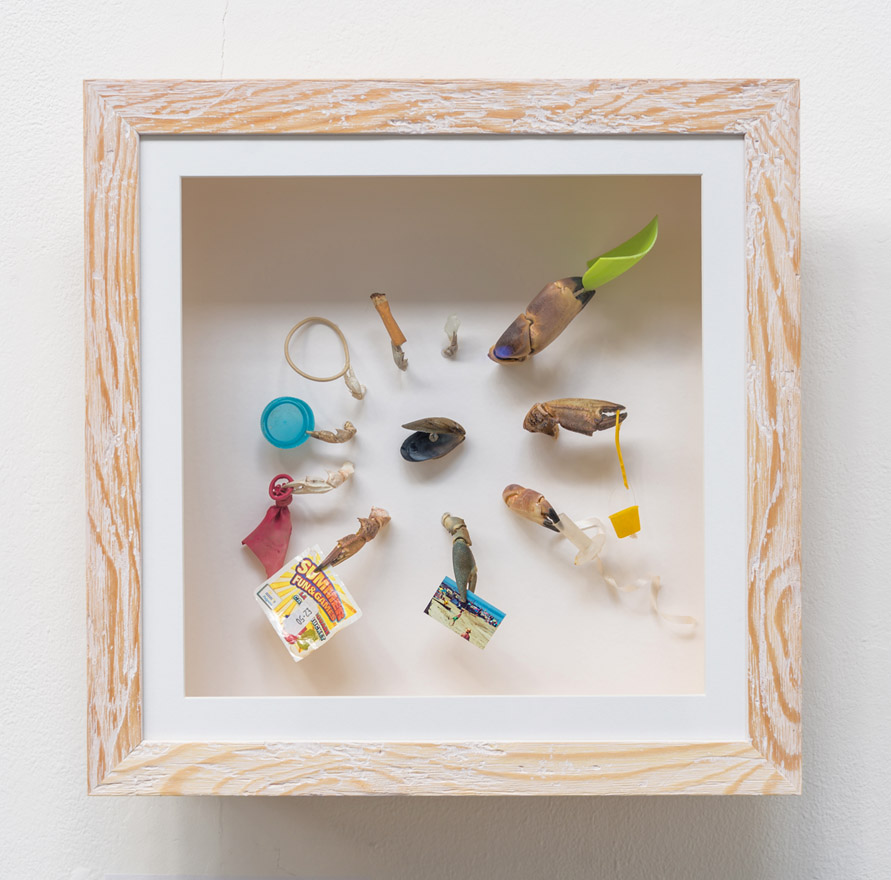 All of the objects in this ‘picture’ were found on a beach walk between the Norfolk beaches of Walcott and Mundesley on 17th June 2017,  except for the small photograph which was taken during the walk.  © 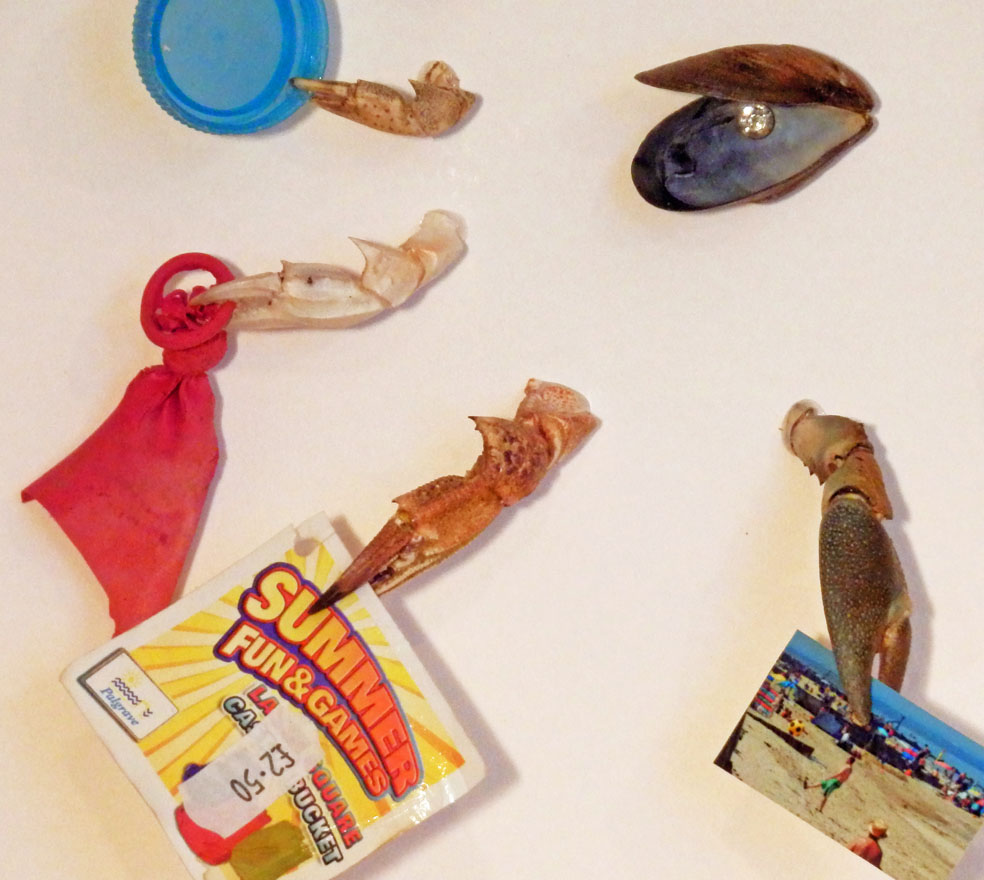 About 15 minutes into the walk I had decided what I wanted to do with the growing collection of objects that summarised the day.  On the return walk instead of randomly coming upon objects, I decided to seek out a small piece of tin foil or silver paper to roll into a ball and place inside the muscle shell to represent a pearl, but surprisingly I could not find any. After about an hour of searching I stumbled upon the ‘diamond’ earring stud and the idea was finished. Embracing serendipity within artwork is important to me as it gives it another layer of interest mystery and complexity.