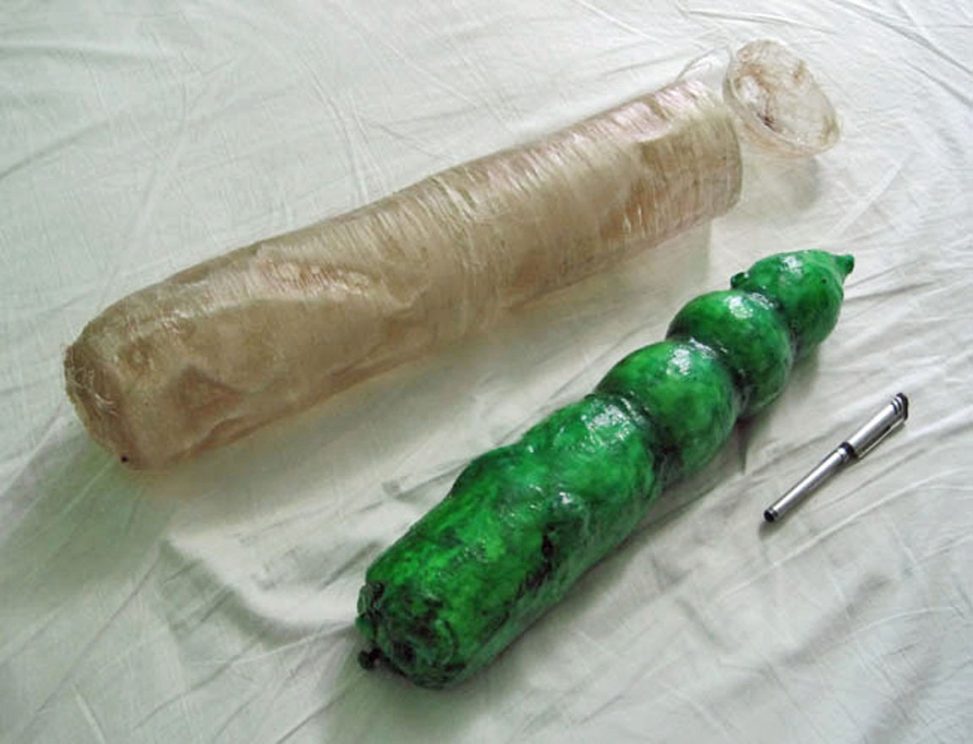 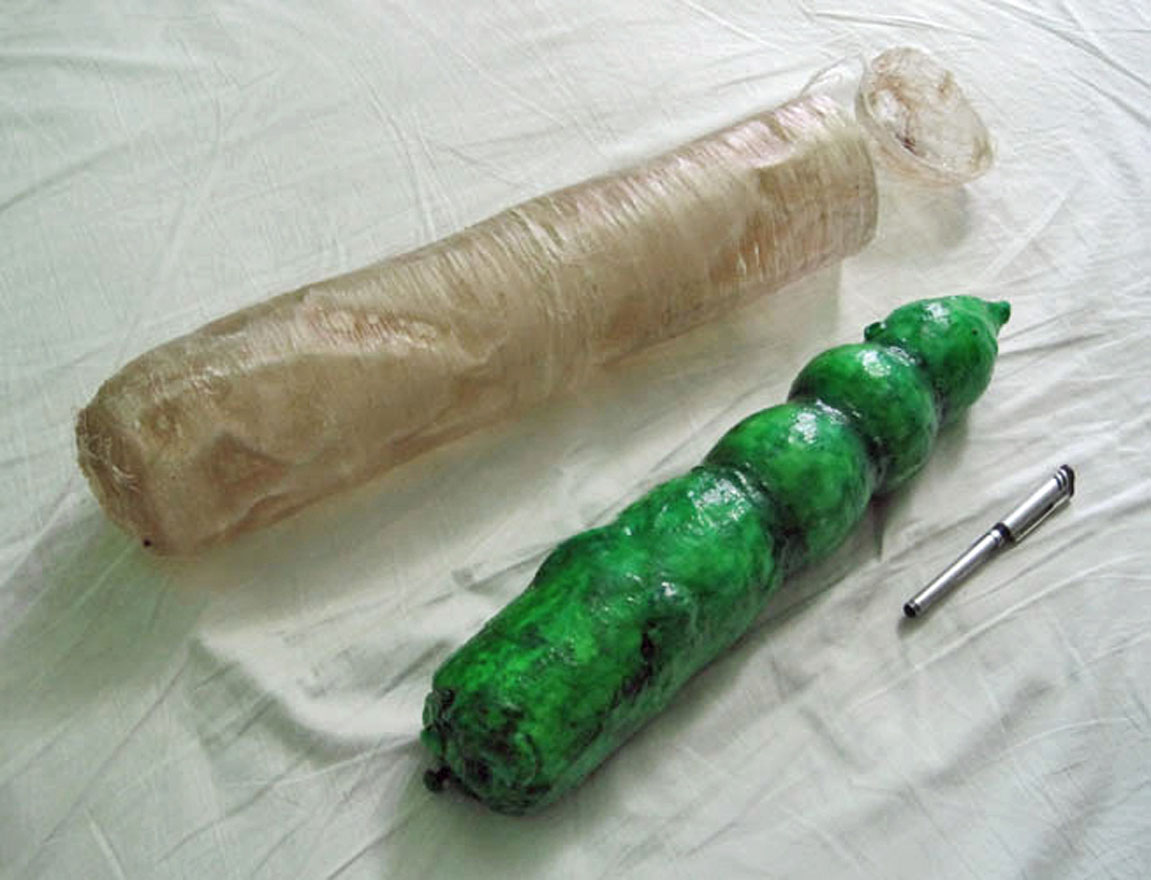 Animatronic chrysalis / grub and cocoon (2010) . This was a commission by a Norfolk School as part of a lengthy educational project, set over several weeks in conjunction with Creative Partnerships. The brief was to build a chrysalis / grub that would fool the school children (aged 6 to 8) into believing that it was real. It moves and vibrates in response to be being touched in different ways, as well as making noises, glows, and oozes sticky fluid. It was so successful that the school had to explain that it was in fact not real after a few weeks and before they had intended to, as the children became too excited and concerned about it. The whole project was a great success. ©